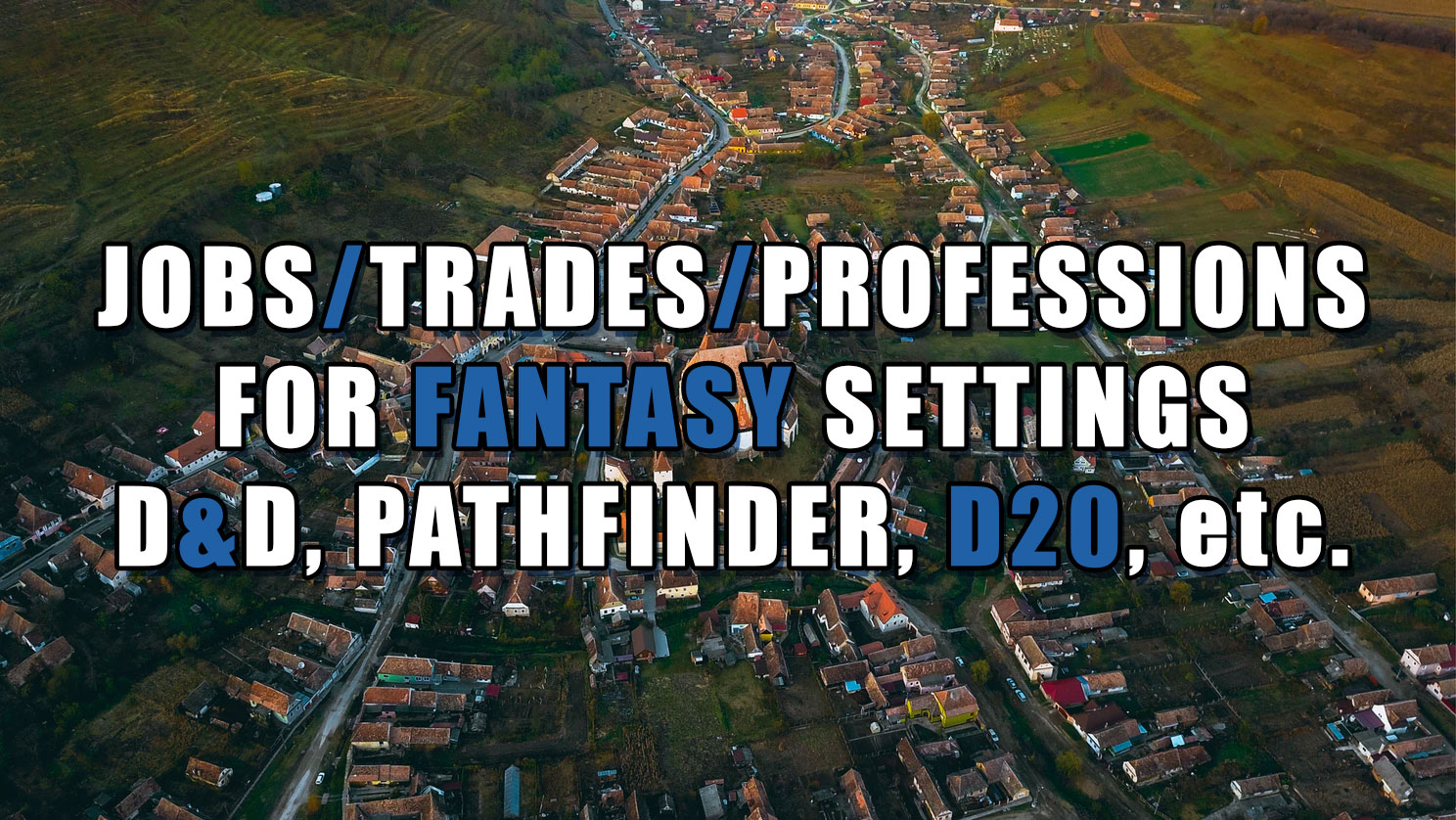 Below is a huge list of 459 jobs, careers, professions, trades, etc from throughout history which can be used for Player’s Characters, or Non-Player Characters (NPCs) when creating them for your Dungeons & Dragons, Pathfinder, or any RPG Fantasy Setting, or Randomly Generated City or Town.

Some are “old timey” jobs which don’t exist anymore, and some still exist today. Regardless, very few people your world are “adventurers” and most have a profession on the list below.

Give each of your Randomly Generated NPCs a real Craft or Trade to make them more realistic.

If there is a job you don’t see listed, please submit it in the comments and it will get added!