A 2nd Edition, AD&D, Battlesystem Super Adventure Module for Level 15 and UP! Published in 1985. Consisting of four parts: Bloodstone Pass (H1), The Mines of Bloodstone (H2), The Bloodstone Wars (H3), and The Throne of Bloodstone (H4).

H1 Bloodstone Pass is an adventure module for the first edition of the Advanced Dungeons & Dragons (D&D) fantasy role-playing game. It was written by Douglas Niles and Michael Dobson and published by TSR, Inc., in 1985. While it contained some traditional D&D elements, the main portion of the module was a series of mass battles using the D&D Battlesystem.

DM Map for the Town of Valls 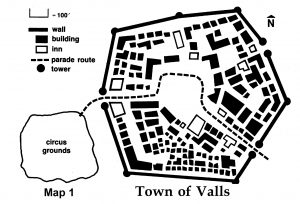 Player Map for the Town of Valls 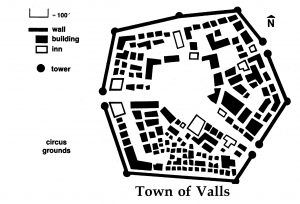 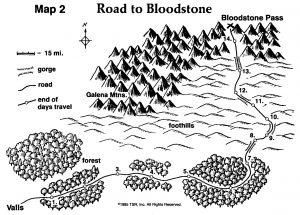 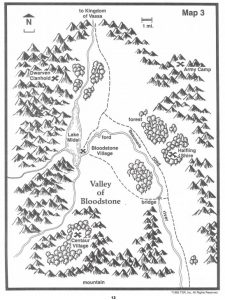 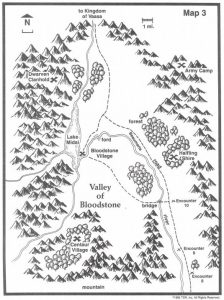 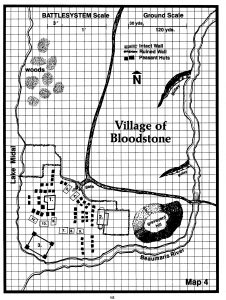 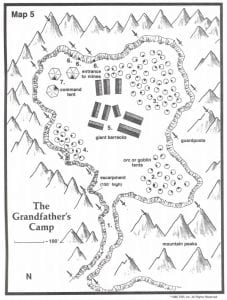 Caverns Map of the Orothiar Dwarves Clan in Bloodstone Pass 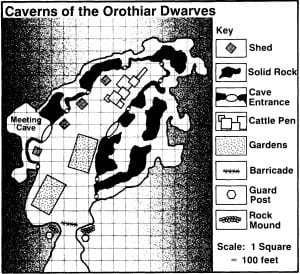 This map of the Dwarven Clan’s mountain home is presented in the H2 module “The Mine of Bloodstone” by my group decided to visit the demi-human settlements while playing the H1 module. Thus, I needed this map earlier in the game. 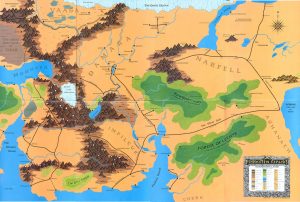