Dragons as Friends of All Sizes. Not just Foes or Enemies!

Home  >>  Resources  >>  Dragons as Friends of All Sizes. Not just Foes or Enemies! 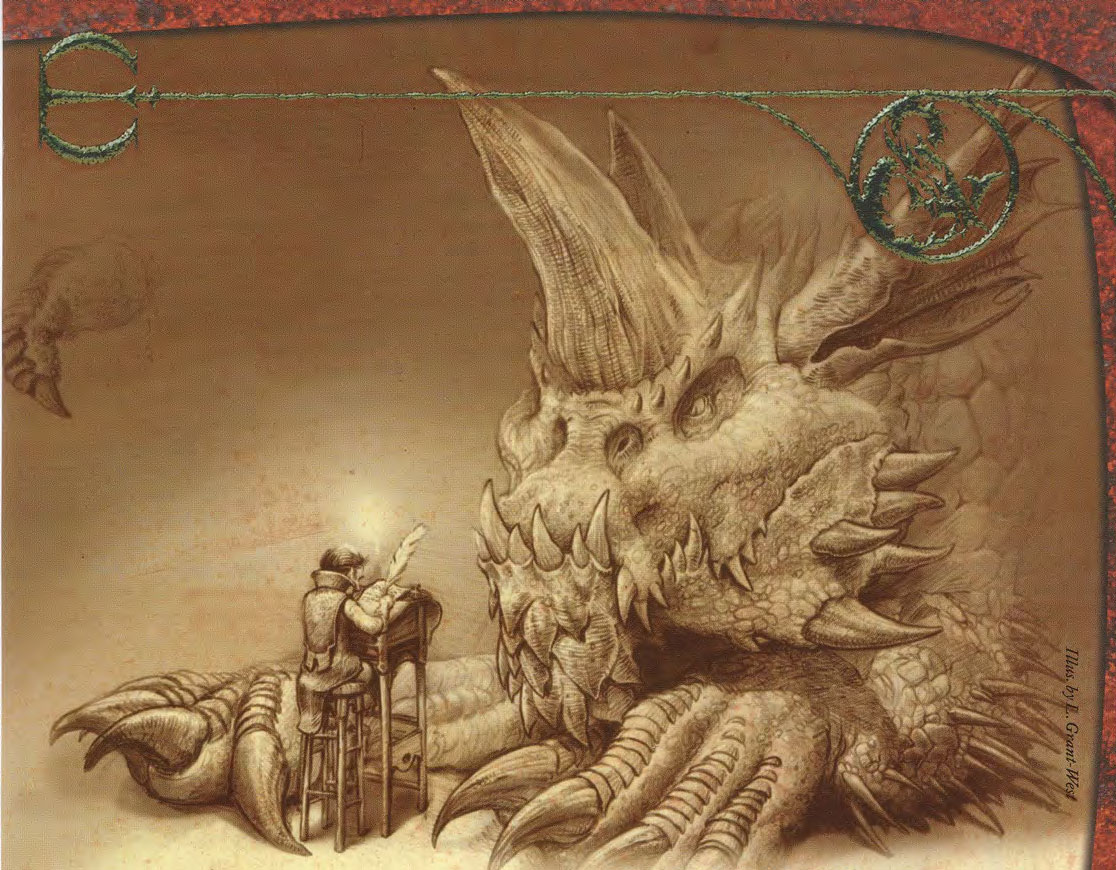 Dragons as Friends of All Sizes. Not just Foes or Enemies!

“We make the dragons as we make the gods, because we need them, because, somewhere deep in our hearts, we recognize that a world without them is a world not worth living in.” -Drizzt Do’Urden (R. A. Salvatore – Icewind Dale Trilogy – Collector’s Edition – p. 381)

The above quote is part of one of my favorite Drizzt monologues: Pray the World Never Runs out of Dragons.

Dragons don’t have to be Enemies of your PCs 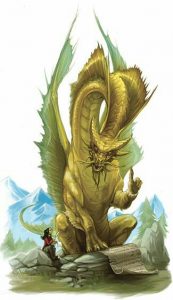 Despite being the namesake of our favorite game, many Dungeon / Game Masters are afraid to use Dragon’s because they are overwhelmed by their powers, or as Narrators they only use Dragons as enemies of the player characters.

Dragons can be Friends, Allies, even Familiars of your Players!

It’s true the Chromatic Dragons are all evil, but just like the iconic Drizzt quoted above, there can be exceptions to every rule. Despite the sepia tone of the featured image on this post, that’s actually a Blue Dragon sitting with a Halfling Scribe, not eating it.

The Metallic Dragons are all good aligned, and many enjoy the company of the ‘lesser races.”

Dragons Are NOT All Ancient Worms!

Usually when anyone thinks of a dragon, they imagine a gargantuan magical beast that would tower over most buildings, or even cities. Dragons come in all sizes! (see the Dragons & Monster Size Charts and the Dragon Size chart by age compared to a human). 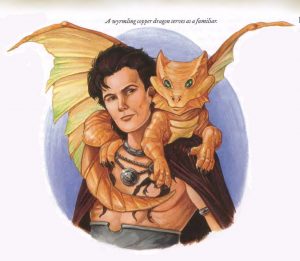 A Wyrmling Silver Dragon has no spell resistance, no frightful presence, no spell casting ability and is only a Challenge Rating (CR) 4 encounter. Silver Dragons are also always Lawful Good, think Paladin goody-two-shoes. So they aren’t going to attack your party, unless the PCs attack first.

Why not have your party meet a young dragon who could become a recurring NPC in your game? The party could watch the dragon grow over the years.

Dragons Can Appear to Be Humans, Elves and More!

Are you worried about a dragon accompanying the party and scaring everyone in the village the PCs visit? Gold and Silver Dragons both get the Alternate Form ability at wyrmling birth. Bronze Dragons gain this ability at age category Young (16-25 years old). Alternate Form allows a dragon to shape change into nearly anything, including a human, elf, halfling, or any other ‘normal’ race to prevent scarring the ‘villagers.’

If the party would prefer a Brass or Copper Dragon friend you could grant this same ability to them, or disguising these mythical “monsters” could also provide some great role playing experiences.

Dragons can be Excellent Sources of Information

Perhaps you need a wise sage to train a Wizard or Sorcerer PC in new spells and magics? 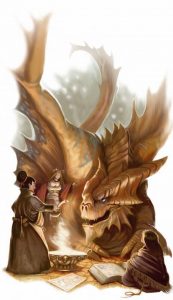 Maybe the players need some ancient wisdom from an old sage? Instead of using yet another wizened old elf, perhaps you could use a dragon who has seen the dawn and death of centuries?

Dragons might spend a large amount of time sleeping and enjoying their hoard, by most likely have goals and desires beyond just gathering more wealth.

Dragons Are “People” Too. What their goals are completely depends on your world and campaign.

Despite a Metallic Dragon being good, perhaps what they want to see happen goes against what the party is trying to accomplish. A king might have hired the adventurers to deal with a problem in the surrounding area, only to realize a good dragon is facilitating these issues because the king is not so good as the PCs believed.

Maybe a new human kingdom is encroaching on a dragon’s territory, and despite that magical “beast” being good, those sheep or cows might be too delicious to pass up. Heros are the perfect people to hire for a Diplomatic Mission to parlay with the drake and negotiate.

The party might be facing an insurmountable foe, only to be scouting and encounter a dragon (maybe even in disguise) who intends to attack the same enemy. Now they are in league together.

Share how you use dragons in your campaign in the comments below!

Don’t be afraid to use dragons in many different roles in your campaign!

Adult Brass Dragon with a Human 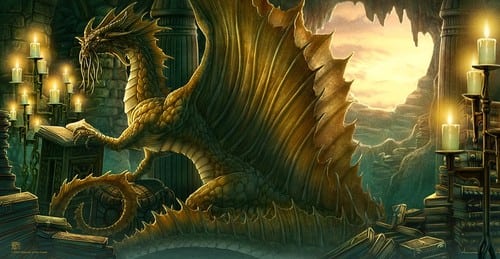 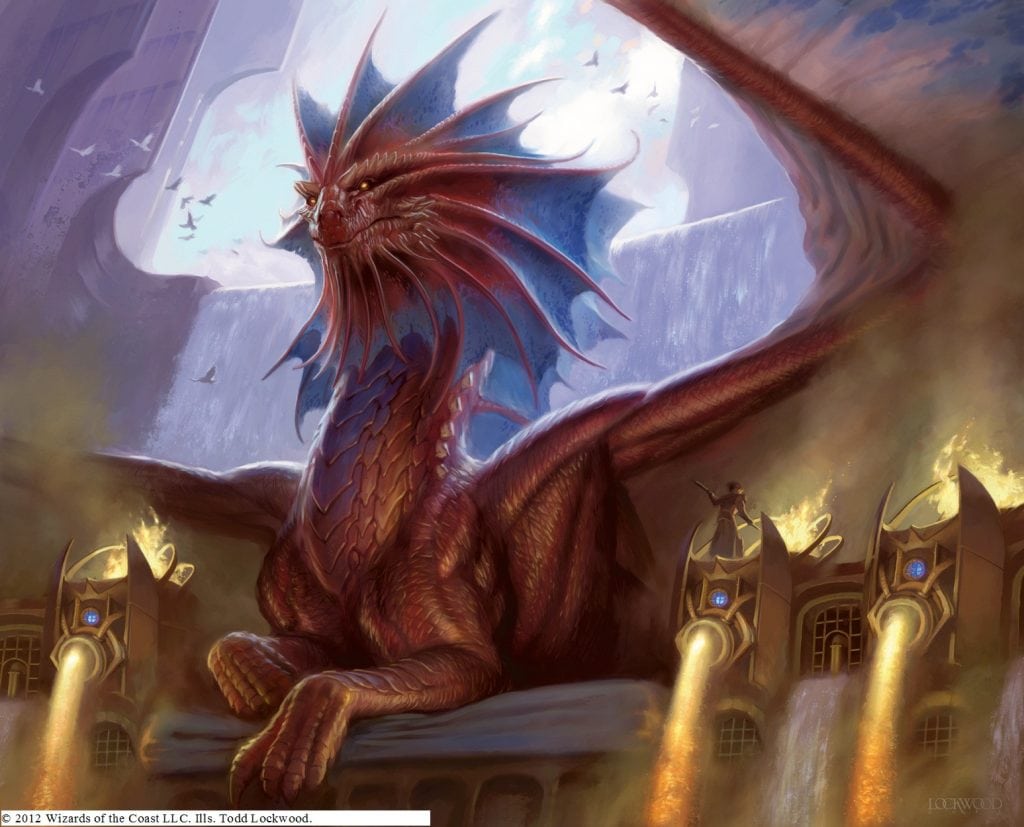