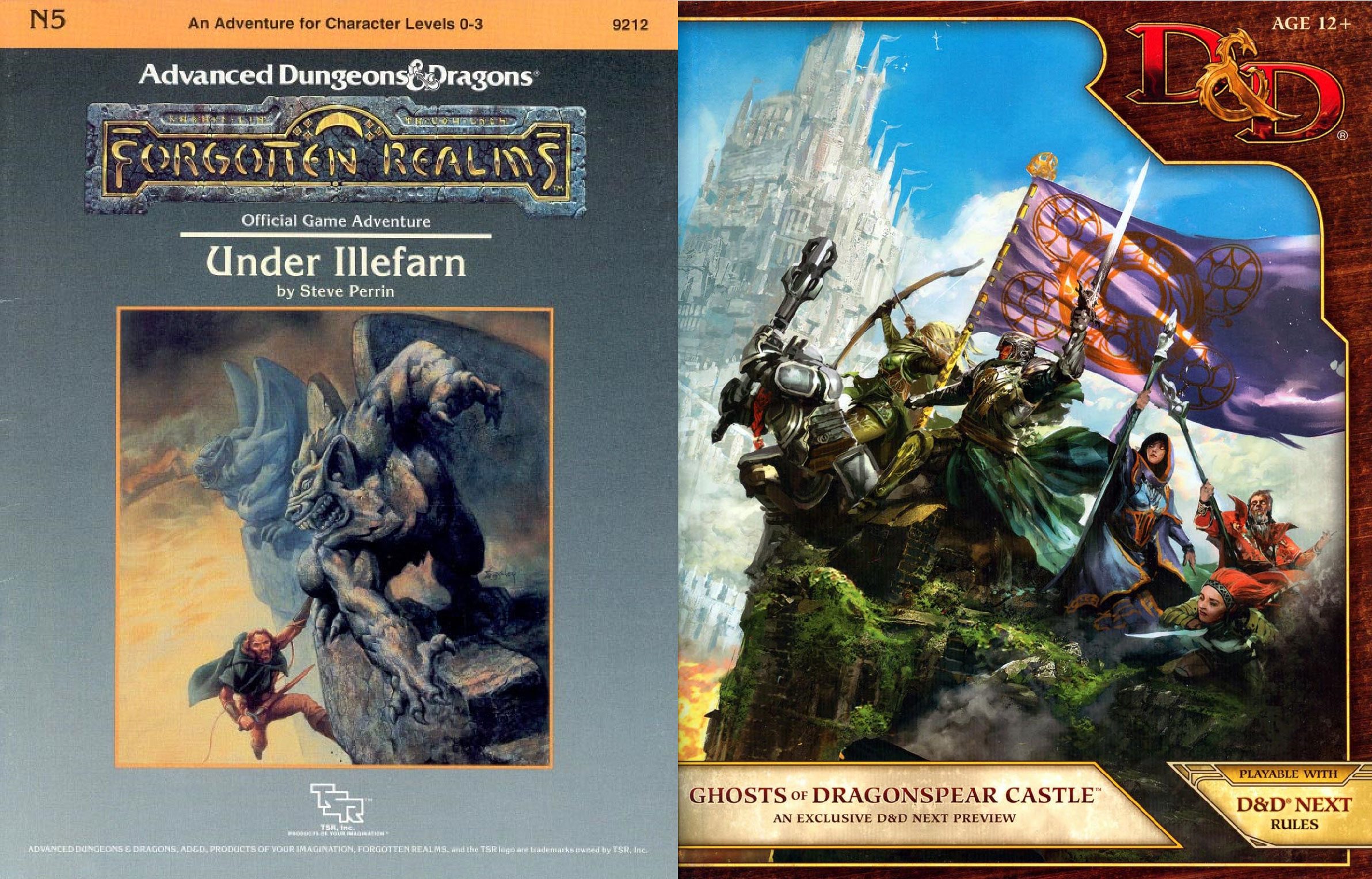 I recently started running a campaign centered around Daggerford so I went searching for Forgotten Realms Adventure Modules centered around this cool town on the Trade Way between Waterdeep and Baldur’s Gate.

I found material as old as 1987 in the form of a 1st Edition AD&D Adventure Module: TSR 912 N5 Under Illefarn. But I also found some awesome recent content like the D&D Next Preview 5th Edition D&D Ghosts of Dragonspear Castle.

This post is how I intend to manage Forgotten Realms Adventure Modules published almost 30 years apart.

NPCs / Personalities around Daggerford and Illefarn

The first issue is these two adventure modules occur decades apart in Dale Reckoning (DR) Years. Under Illefarn occurs around 1347 DR and Ghosts of Dragonspear Castle occurs around 1484 DR. Obviously this means some NPCs have died or changed.

Under Illefarn Personalities / NPCs in Daggerford 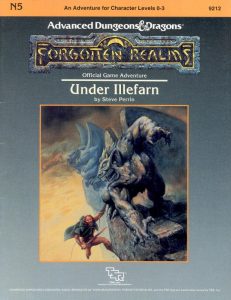 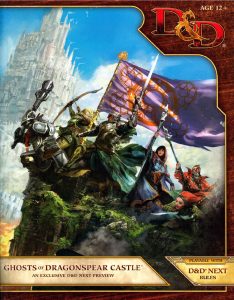