No time for D&D? Too busy? How to Easily Play any RPG Online for Free with Play-by-Post

Home  >>  Resources  >>  No time for D&D? Too busy? How to Easily Play any RPG Online for Free with Play-by-Post 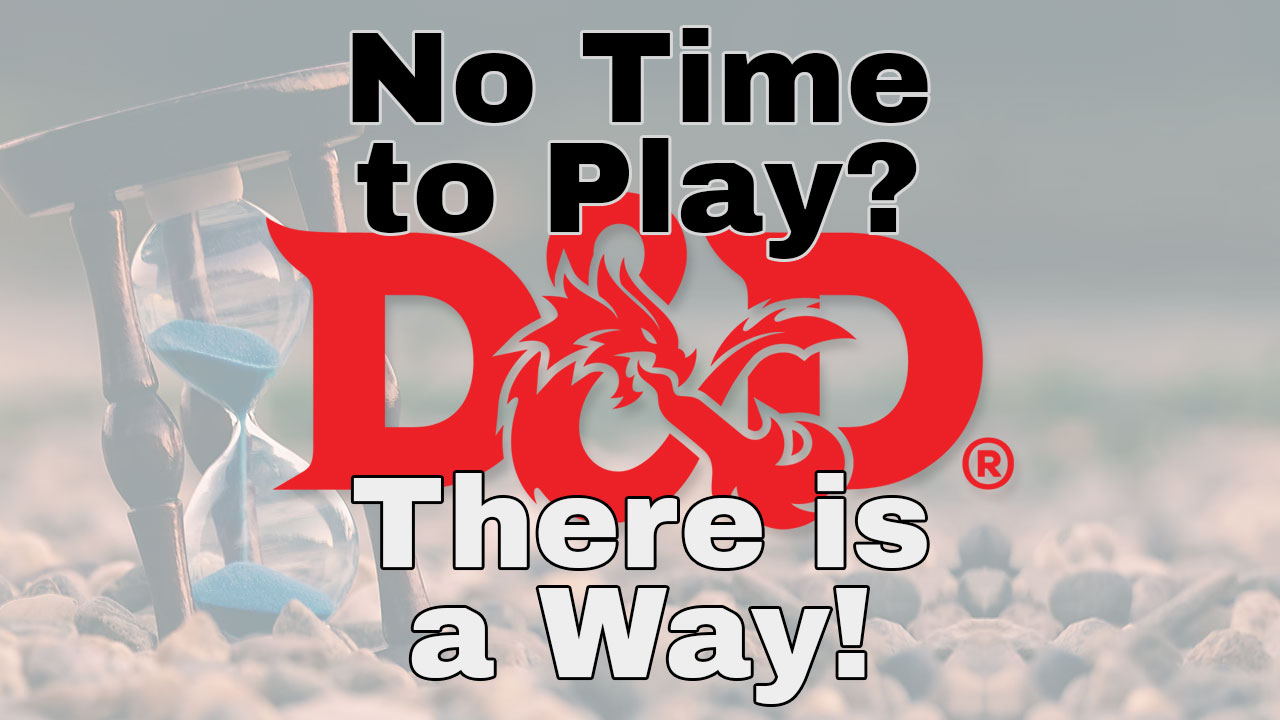 No time for D&D? Too busy? How to Easily Play any RPG Online for Free with Play-by-Post

No matter how busy you are, or what your schedule looks like, there IS a way you can play D&D!

Not only is it possible, but you can even play any RPG you want every single day and I’m going to tell you how! Honestly, I had given up on the idea of ever rolling dice again, until I discovered this new method.

If you’re like me, working a job (or owning a business), taking care of a family, kids, and managing social obligations, then the prospect of carving out 4 to 6 hours a week to sit down and play around a table is completely impossible.

Well, there is a solution and it’s called Play by Post Gaming, or PBP for short.

Play-By-Post gaming is seeing a resurgence in popularity thanks to new channels like Discord but it’s actually the oldest form of online RPG play! Way back in the early days of the internet people played D&D over emails and then forums. For you young folks, forums are like reddit.

I did another video about play by post, but I wanted to dive a bit deeper here to help you get started in this – possibly new to you – method of gaming. Really quickly the concept of PBP is an asynchronous style where you write a text post describing the actions of your character then wait for others to do the same. You’re not together at the same time.

The reason this is my absolute favorite way to game now is because I get a little D&D every single day. Rather than having to wait a month for a big, sit down game session – which will likely get cancelled, rescheduled or have people unable to attend – I get to do a small amount every single day. No matter how busy you are, you can spare 15 minutes to write a post and read what others have done.

You can watch my other video where I cover the pros and cons in more detail, but super fast

The Pros of Play-by-Post Gaming:

The Cons of Play-by-Post Games:

First you have to pick a platform. I’ve put a list in the video description and on my website’s blog. I’m only going to show you RPOL.net as that’s what I use myself. The only thing I don’t like about RPOL is there is no way to get notifications. It does have a mobile friendly version of the site, so you can use it on your phone easily. I have written a large number of posts from my phone. I will likely do another video dedicated to just RPOL, but I don’t want to go too in-depth here about just 1 website since there are lots out there to choose from.

Regarding notifications, one option is to use an instant messaging system for faster communication after you’ve run your game for a while. Email, Discord, whatever you feel more comfortable with. This is how I run my game. We have 4 players now, plus myself, so we have a private discord server we use only for discussion. We also let people know on discord if we’ve posted. This fixes the RPOL notification problem. You don’t have to do this at all, but it is what we do.

If you want to use a virtual tabletop, there are dozens out there, but again, you do not have to do this at all. My game does use roll20 for big combats. But we also use theater of the mind for smaller ones. You can also use really simple text grids.

We find that posting with colors for dialogue, with each character having their own color, really helps the readability of the game.

We also post all out of character stuff in orange in the same post. This can include dice rolls, spells cast, round count, questions for the Narrator or other Players. It just lets people visually separate the character posting, talking and OOC stuff.

It’s really important that every player and narrator post moves the story forward. One thing that might be uncomfortable for some players who have always been in GM led games, is taking a few creative liberties with what’s around them, and what other NPCs are doing. How far you take this depends on the game you’re in, but I give my players a LOT of creative leeway. The only major no-no is “moving” or dictating the actions of another Player’s Character. The worst thing that can happen is a player oversteps or does something wrong and you have to do a little bit of retcon, meaning change what happened. However, since we started our game in 2017, I’ve had to do that maybe four times.

My players have invented entire NPCs, made up stuff that was plausibly in the room they wanted to use, even made some assumptions about what the monsters would do in a given situation. Normally I love what they come up with. A few times I blanched at their posts, but almost always I just rolled with it to allow their creativity.

Let me know in the comments on this post or the YouTube video if you’re going to try play-by-post or if you’ve ever been in a PBP game!